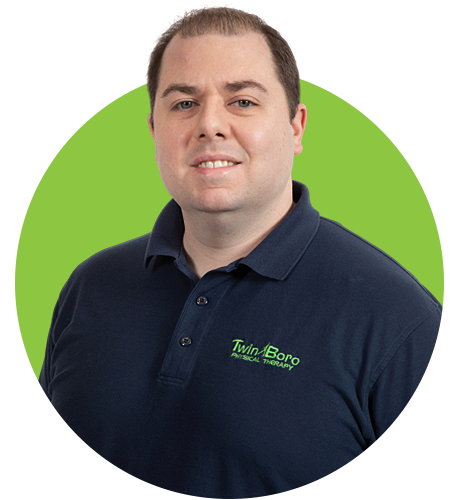 Jason traces the origins of his future profession back to high school, when his grandparents underwent physical therapy and he witnessed the care they received firsthand. Having an affinity for the sciences and medicine, and being an athlete in his youth also piqued his interest in movement and exercise related to the human body. This eventually brought Jason to Eastern University, where he obtained a Bachelor of Science in Exercise Science/Biokinetics in 2008. He then continued his studies by earning a Doctor of Physical Therapy from Franklin Pierce University in 2012, where he did extensive research on vertigo/benign paroxysmal positional vertigo, and submitted his work to peer-reviewed publications.

Jason began working for Twin Boro Physical Therapy as a staff physical therapist at the Union office in 2012, where he gained extensive experience practicing manually-based therapy with an emphasis on functional rehabilitation. He moved to the Lincoln Park/Butler clinic the following year, and advanced to become the Clinical Director of the Lincoln Park location in 2018. Throughout his career, Jason has taken multiple courses through Great Lakes Seminars and attended the American Physical Therapy Association’s Combined Sections Meetings for many years. He has also taken several courses on the hand/wrist, knee pathologies, McKenzie Method, and neurological conditions.

Jason really enjoys working with a variety of patient populations, from pediatrics, to geriatrics, and high-level athletes, and has a special interest in treating joint replacement patients, post-operative patients, and those with balance disorders. He prioritizes making a connection with each patient and ensuring that they feel welcome every time they enter the door. Jason tries to look at the body as a whole when treating a specific problem area, and tries to identify any other components that may be contributing to a patient’s dysfunction. He utilizes a variety of interventions depending on the patient’s condition and abilities, but frequently uses joint mobilizations, soft-tissue mobilization, myofascial release, kinesotaping/McConnell Taping Techniques, and Muscle Energy Techniques. Above all else, Jason understands that recovery can take time, and wants to make sure each patient is getting the attention they deserve when under his care.

In every treatment program he runs, Jason implements Twin Boro’s One2FourTM Care Model to determine the “right level of healthcare” for each individual. This unique approach looks at the entire episode of care for the patient, which may start at a relatively low level of function and then progress them all the way to the peak performance required to return to their prior or preferred level of function. Jason sees this model as a wonderful way to directly show patients that what they are doing in physical therapy really is working. He believes it gives each patient tangible evidence that all their hard work is really going somewhere, and provides them with even more motivation to get back to doing what they love. 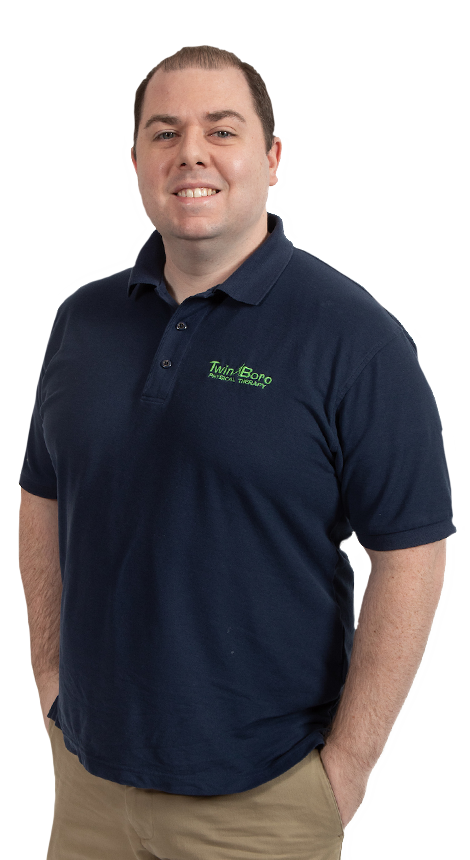 Thank you for choosing Twin Boro! We pride ourselves in our ability to respond to your inquiries as quickly as possible.

Please complete the form below and someone will be in touch within 24 hours to schedule your desired appointment within the next 24-48 hours.